Did you ever have a fantastic day?  Many things can go into one but September 23, 2012 might be one of the best for Count Enrico Ferrari.

Griffin Hill Equinox Discgolf Invitational
Fall 2012
Items to consider:
Perfect fall weather, morning to night in the mid 70s and full sun all day.
Griffin Hill Equinox Disc Invitational was this day.
15 disc friends showed UP
The Count played 46 holes of disc golf.  Tied a course record.   Most improved.  And more!
Too much food and all of it wonderful.  Kudos for the crab bisque!
A nice personal attitude adjustment that worked all day long.
Two dog showers after everyone went home on VERY swamped UP dogs.
Awards ceremony with too much loot to distribute.   Extras will carry over to next tournament.  Everyone got a prize!
New awards showed UP and were very cool.  Need to document these awards with photos.
The estate was prepped and groomed and everyone commented on how nice the place looked, which was very rewarding.
Sold my extra dinghy.
Had 5 dogs prowling around the place having dog fun.
The Countess road two horses while discs flew.  No horses hit by any discs.  Good wrangling!
Sitting around in dappled sunlight at the end of the day!

Happiness discourse:
My mother (Bodil Marie Sorensen) said “Happiness is doing”.
Whether one is ballroom dancing, sailing, skiing, disc golf ( my own activities) everyone is happy and having fun.  My mother seems to be on to something.


Click on this hot link to see a fun time lapse series of photos and be a part of the social fun.

Below you will find the list of awards and their histories after a photo of the very artistic Scoreboard! 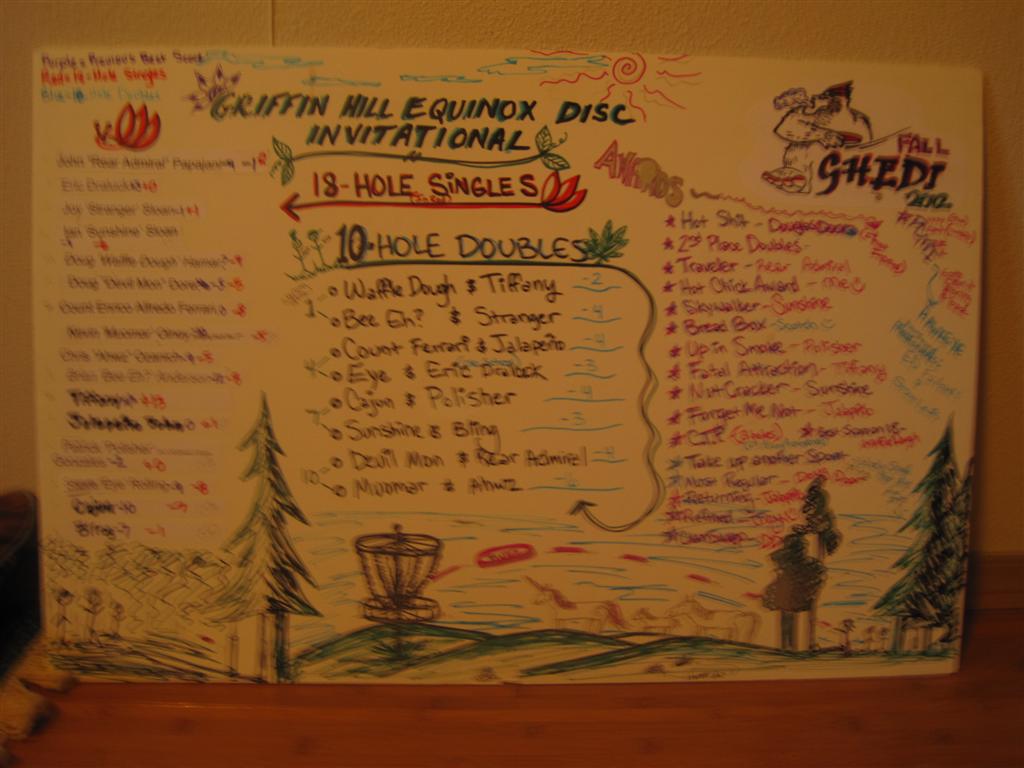 Awarded to the player who consumed the most breathing material during the tournament.Awarded by popular acclaim

2010 spring:  Acehole for exhaling just prior to throw on 2 for the 18.
2011 Spring GHEDI:  Hawkeye after many attempts to capture it finally emerges breathing properly.
GHEDI Spring 2012:  Awarded to Tim “Acehole” Settara
So messed UP he left his stash on the course!
GHEDI Fall 2012: ‘ Polisher’ by acclaim, no contest! 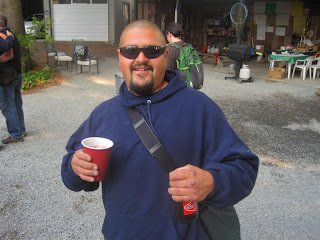 GHEDI Spring 2012:  Shaun “Shaundog” Lewis with a new HUGE inflated trophy as his was the only name nominated for the award. Hole 3
GHEDI Fall 2012:  Sunshine Sloan, scored an ACE on hole 2! 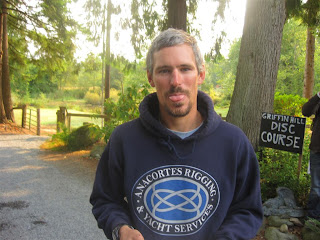 Follows someones slip stream to their detriment or lands on top of someone elses disc.
History:  New for spring of 2010
Not awarded

GHEDI Spring 2012:  Not awarded, no evidence submitted
GHEDI Fall 2012:  Tiffany followed her partner ‘Waffle Dough’ to the detriment of both. 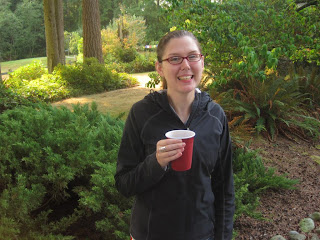 Awarded to Bling Ling and Devil Mon Dore for finishing .  There was a fight over who was taking it home!  It ended up at Alpenglow.

2010 Spring: Ling Cod and Astro, Ling craftily got it to go home with Astro.

GHEDI Fall 2012:  Stranger Sloan took it home after being tied with 7 others.  In the playoff, it was awarded by the CTP winner, (her partner in the doubles, Bee Eh). 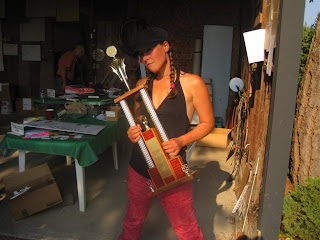 Awarded to the person who had to come the furthest to attend.
May they get good use from this chart and navigate more easily.
(Can only be won once)

2010 Spring:  Astroman from ghettos near

GHEDI Spring 2012:  Awarded to the person that got UP the earliest to attend.  John “Jalapeno” Guckeen got up at 2PM the previous day, went to work and the got off and came discing!
GHEDI Fall 2012:  Rear Admiral Papjani traveling all the way from Braindamage Isle. 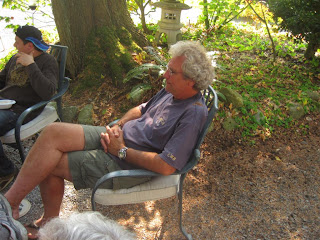 Most Regular Award
(Score keeper calculation needed)
For a finish in the middle of the pack.
A roll of Costco’s finest wipe.
History:  HiHAwarded to John ‘Rear Admiral’ Papajani who deserves this award for middle of the road play.
GHEDI
Awarded to Astroman Carbon after a playoff with Goony.
2010 Spring:  Candy Mon in the middle.  “It will last 6 sessions”.
GHIDN 2011:  Count Ferrari  “My favorite award” 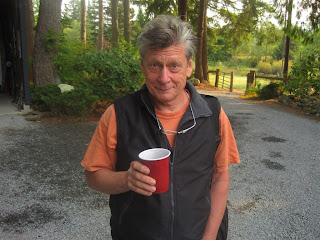 GHEDI Fall 2012:  DD (‘Devil Mon’) took this fabulous floor machine home after running his trimmer on a stick next to the pond.

Nut Cracker Award
(Public acclaim and anecdotal evidence)
For the one who managed to injure themselves the worst.  TBD by the scorekeeper.
Golden Nut cracker
History: Won previously by Mike ‘Candy Mon’ Millen for cutting his finger opening a beer.
Won by Quinn Olson for a scrape on his index finger while cleaning mussels.
Awarded to Hawkeye Pierce for multiple abrasions on his arms and nearly bleeding.
2010 Spring:  Count Ferrari, hit by Acehole’s drive on #8 (the 9) when he was walking in the parking area.

GHEDI 2011 Spring:  Hawkeye got a boo boo climbing on the fencing.
GHEDI Spring 2012:  Not awarded.  Trophy left at home by Joyful Productions
GHEDI Fall 2012:  Sunshine Sloan was the most injured (although not at the tourney) talking about a sore neck to his team mates.  Later discussion, apres awards, suggested Oz or Eye should have been awarded for almost getting stuck with a stick UP the nose or an almost face and rock interface.

Hot Shot Award
(Score keeper needs to calculate)
Awarded to the shooter that improved his/her score the most.  Rookies need not apply unless they hit -10 or better…
2010 Spring:  Astroman sets a PR for the course for himself. 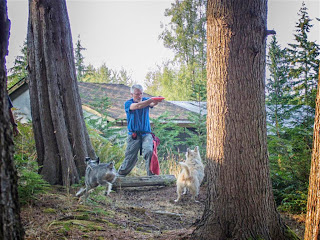 The Count taking aim during the playoffs for 2nd.

Awarded to the player who has the worst score drop from the previous GHEDI tournament.
Awarded September, 2009Count Enrico Alfredo Ferrari (-8 to a -4)
2010 Spring:  Rear Admiral takes home the prize with a 6 stroke drop!  BADmitten anyone? 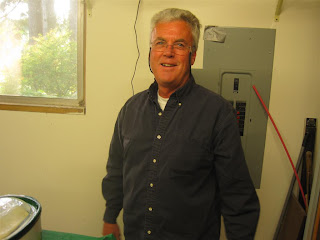 HOT SHIT AWARD
(Score keeper calculation)
Created by Joy Sloan
For the player who’s score improved the 2nd most improved from tourney to tourney
Awarded to Patrick ‘Polisher’ Gonzales for taking off 12 strokes!
2010 Spring:  Pi Mencher for taking off 2 strokes?

GHEDI Spring 2012:  Tied this time between Stranger and Sunshine Sloans who each shaved off 3 strokes!
GHEDI Fall 2012: DD ‘Devil Mon’ who score stayed the same.  Lots of falling scores this tourney inspite of the excellent weather.

Disc Golf Tree Award
(Score keeper calculation)
Created by Tim ‘Acehole’ Settara and won by same the first year.
To be awarded to the best score on the 18.
GHEDI Spring 2011:  Chris ‘Oz’ Ozinanich
GHEDI Spring 2012:  Not awarded because it was left at home somewhere in Atown.  Next time we hope.
GHEDI Fall 2012: Douglas ‘Waffle Dough’ Hamer took home the cool tree with a -9 performance! 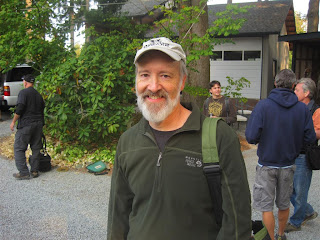 Returning
(Score keeper calculation)
Created by Don ‘Jerry Garcia’ Anderson for the 2012 Spring GHEDI
To be awarded to the person getting the 2nd worst score on the 18 to keep them coming back.
GHEDI Spring 2012:  Awarded to Eric ‘Old School’ Draluck who scored a +3 to not come in last.  He is sworn to return.
GHEDI Fall 2012:  John ‘Jalapena’ took the score but had some great throws.  If he practices, he could be good. 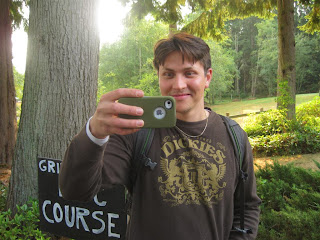 Awarded to the lady with the best round on the 18.
From inception to Spring 2012 this has been owned by
Joyful ‘Stranger’Sloan
GHEDI Spring 2012:  Guess who… Joy ‘Stranger’ Sloan!
Come on girls, she is easy to take… She took it with a +2.
GHEDI Fall 2012:  There were two girls playing and Joy ‘Stranger’ Sloan eeked out a win with +1 score over Tiffany with a +13 on her first tournament! 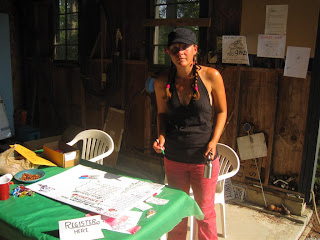 Forget Me NOT Award
(Public anecdotal evidence required)
Intialized for the 2011 GHIDN for our favorite course litterer.
1st Winner:  Doug “Devil Mon” Dore
GHEDI Spring 2012:  Trophy forgotten at home by our own Scorekeeper (what did we expect).  Awarded to Devil Mon once again.
GHEDI Fall 2012: Awarded to Jalapena John for at least 4 forgetful  infractions… 2 beer cans, one disc left behind, and ??? (I forget, CF)

Must bring back the growler (cleanded) and filled with beer.
2012 Fall GHEDI:  Hawkeye Pierce with mentions of Ed Fairbanks and Shaun Lewis 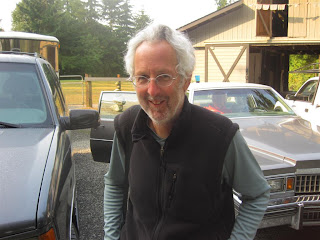 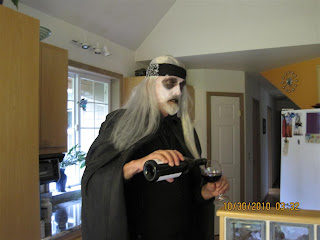