Held on or near the equinox twice a year usually.  This event is attended by a group of ever widening acquaintances.  Some make it religiously, some have water heaters for an excuse! 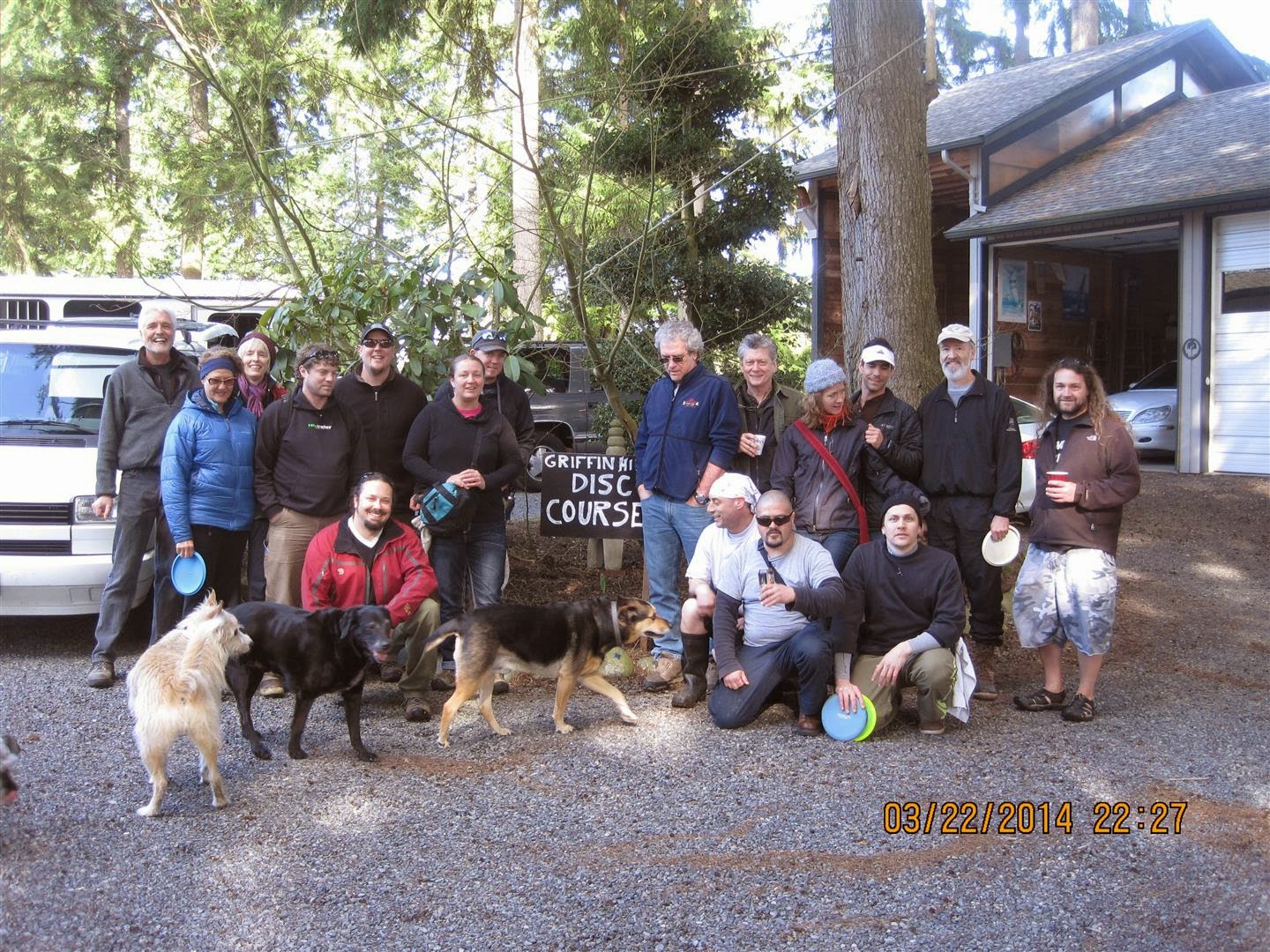 There are many ways to have fun but sharing a sunny day with friendly folks is one of the best solutions.
19 people and 4 dogs came out to play a few holes of disc golf for the GHEDI Spring of 2014.

A testimonial from the winner of the Rookie award.

Jo and I went and participated in brother Count Ferrari's GHEDI yesterday. 18 holes of disc golf on his property. (Griffin Hill Equinox Disc Invitational, an annual event over the past 5 years)
Big turn out and we were assigned teams by random selection (drawing cards). The sun was out but it was about 40 degrees in the shade of the trees. The course was not soggy except by the pond. All kinds of obstacles with trees, fences, water, manure piles, other people when throwing the disc (much smaller than a frisbee). I got to play on the Rear Admiral's team. The regulars have disc nicknames and carry satchels that have discs of different weights to manage long distance, putts, you name it. I was given one to use, but I did very well by coming out below par.
We started at 10 am and played the circuit until completed, about 2-3 hours, and then had lunch. Count Ferrari made a great Posole Mexican soup, and there were potlucky items and plenty of alcohol. I brought a spinach salad.
The 'Clubhouse' is the Griffin Hill workshop and carport. 30 + people were there  (she exaggerates as there were 19).
They went on to team up the best scorers with the lowest scorers, but Jo and I pulled our names out, as we were heading home. But we stayed to talk with the Countess (she doesn't disc) and she gave Jo a tour of the house. Jo had never been there before. We ended up not leaving for at least another hour.

We experienced a rash of aces during this tournament!

Many awards were handed out and documented by Waffle Dough who was ruthless in capturing images for the deserving few. 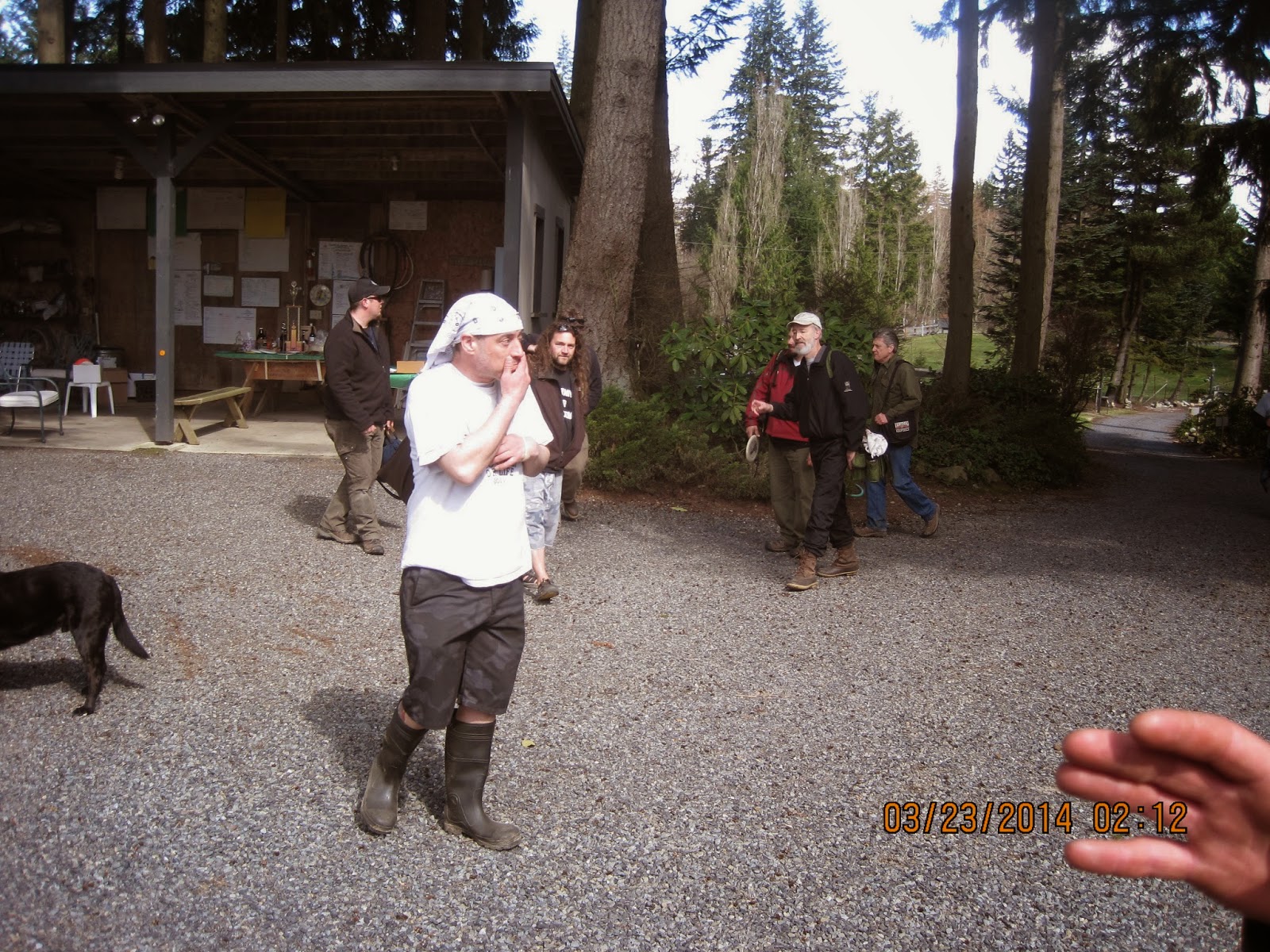 All had a good time.