Simply the best nocturnament known to man (around here).  Where else would a disc night tournament be?

The Countess has suggested the next one be in the summer when it might be dry (drier?) and would probably start around 10 PM instead of the 5:30 PM that we started with on this occasion.

Joy (Scorekeeper), Kevin O, John and Sara with Joe, and Doug along with myself.

The new LED Luci lights worked well as target markers.  Next time, one will have to ensure getting a good charge on them.  Some were brand new and some had been used on the boat.  The charging for the tournament play began at 10 AM but it rained ALL day and the charging could not have been too good.

The illumination was fabulous at the targets to start but about 5 of the targets faded as the night went on.  We eschewed luminaries (paper lunch bags with sand and a lit candle) at the tees as the work to do it was maybe not worth the effort as probably half would be drowned in the deluge.

A double miracle bird was shot at hole 3 on the first round finding the tonal from about 160' out!  The Count was amazed!  He finished the round with a par score (two birds and two bogies).  Other scores to follow but that was the best for the round.

JP/SJ/JT went home after the first round on the championship 10 hole course.  (7 PM ish?)  These brave players had no rain pants on.  Had to be cold!

Description of the play:

(As recalled by The Count)

That left 4 of us to play the best disc doubles on the 18.  Count and Raven vs. Turtle and Eagle.  It was a good start for TE team as they birded one, then both teams birded two, with an evening of the score on 3 as Count threw a nice bird (25' to the tonal in the woods) after Raven put us in a good position on her drive.

Both teams birded on 4 and then a par on 5 for CR with the first bogie going to TE.  A pair of birds on 6, 7, with CR getting the only bird on 8,  a pair of birds on 9 putting the CR team in the lead by only two strokes at the clubhouse turn. 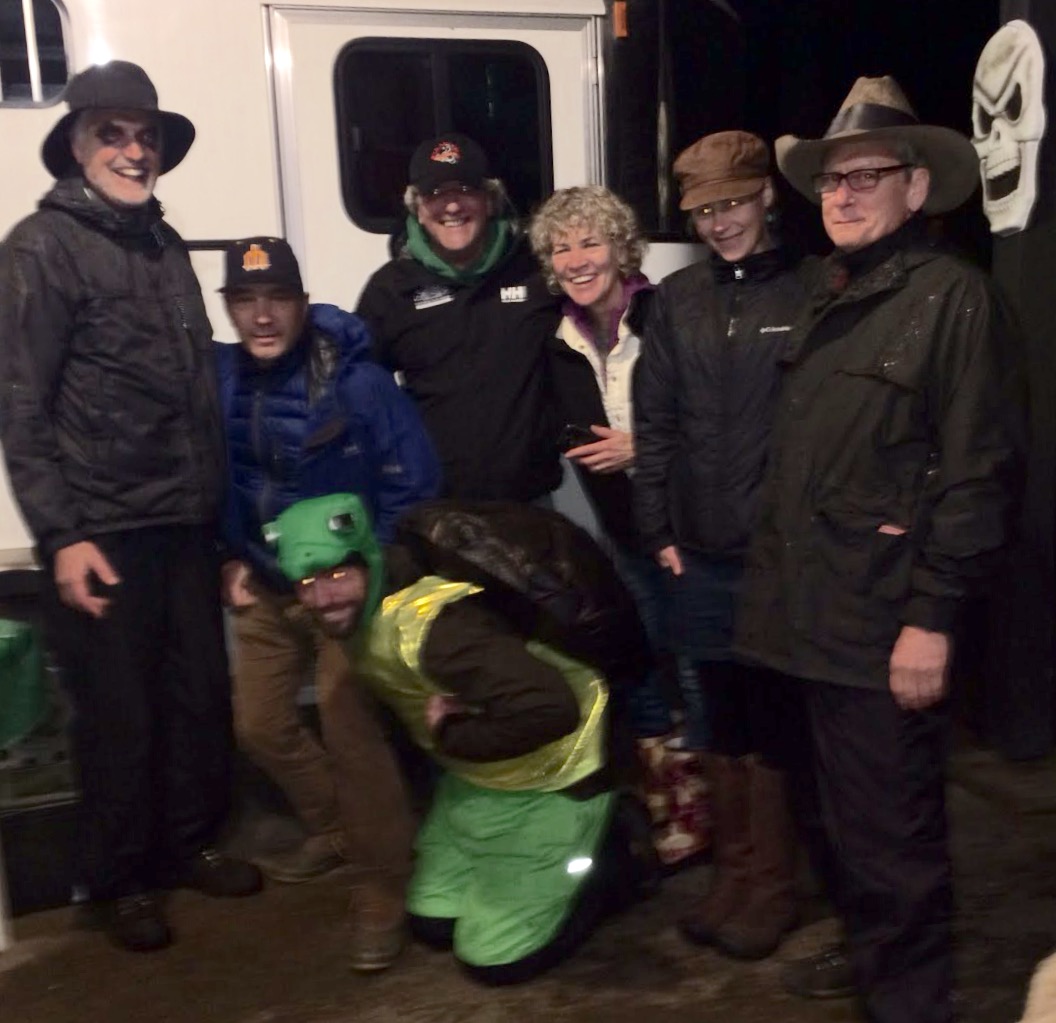 (the last phrase is still under debate)

((Intrepid replaced "4" in the writing of this missive.  The 4 were not photo documented as a group.))

The short version of play:

The Count actually shot pretty well,  doing the long course 10 hole at par (2 birds and 2 bogies) and then teaming up with Joy (Raven) for a -11 while Kevin and Doug also shot a -11 playing best disc on the 18.

There were equipment failures as disc light came disconnected and were improvised is in such a way as to make the disc fly like a rock!

Everyone left by 8:30!  The light duty rain gear from Costco did a pretty good job, but the Count was damp under it after being in the stuff for about 3 hours. 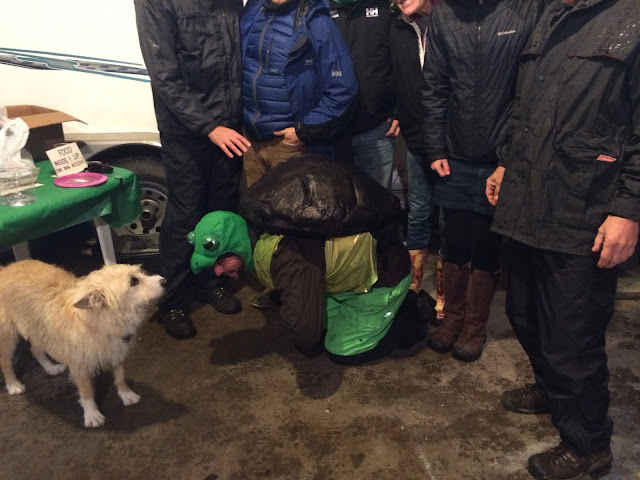 It was tough getting photos outside of the registration center due to light and precipitation!