The Short Story!
Thanks to all who came, 23 participants!  It was a huge success!

What is a GHEDI?

This is a disc golf (see www.pdga.com for this definition) tournament, loosely based on a ball golf format that is played on the weekend near the Equinox at Count Ferrari's little horse farm in Arlington, WA.
The farm is called Griffin Hill.

Thusly:  Griffin Hill Equinox Disc Invitational = GHEDI (much easier to say).  The original tourney was played in the spring of '08.  There has been at least one, sometimes two each year.  The fall tourney has often been displaced by the Nocturnament which is played at night in costume for Halloween.  It is called the GHIDN.  See Link to GHIDN blog or to a past GHEDI GHEDI link.  There are no blogs for pre-2010 disc adventures as the blog was started in 2010.

To provide access to worthy disc players to a private course that is full of fun and odd targets.

Where?  Use the left red arrow for Griffin Hill. 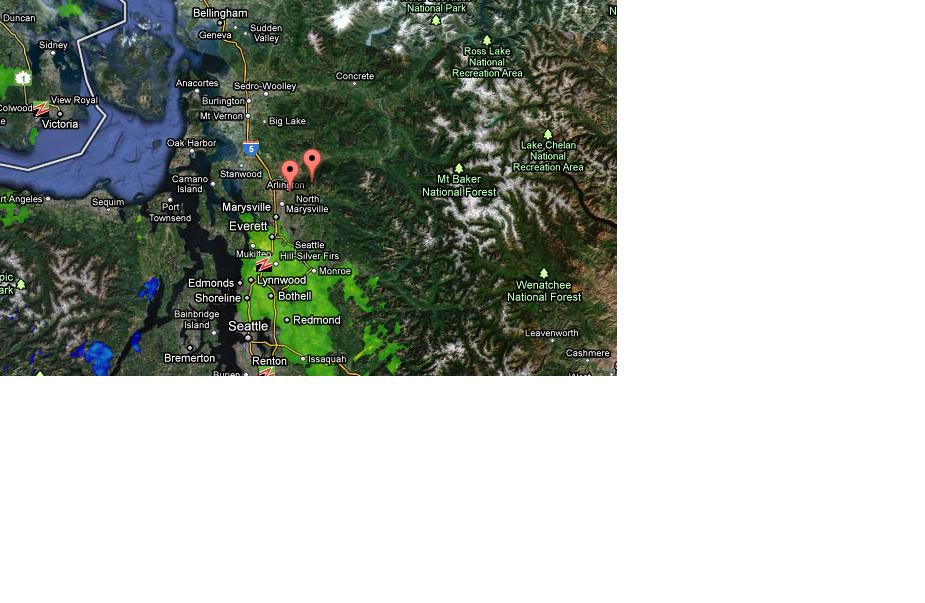 Here is a shot from the air showing the 5 acre farm.

Who?
We lost a bunch of hot arms and a hot Lunch Lady Long Putt Liz when the ferry from Friday Harbor refused entry to the 6 that were coming down, I can't think why else they would have missed it.  The Count will just have to take the Washington Ferry Service to task and have them raise their standards to make room for worthy disc players.


Anacortes was the largest contingent, drawing in others from Bellingham and Bow.  Lake Stevens discers showed up in numbers too as did Brain Damage Island and even one from the ghettos near Mount Rainier. Parking was easy as this is a very 'green' group in all ways.  5-6 passengers per rig was very common and commendable.  No parking tickets were issued.

The host, Count Enrico Alfredo Ferrari, a self proclaimed Leisure Expert, see blog articles, was supported by his lovely wife and all the attendees.  It could not have gone better.

How the thing was set UP.

The initial round on the 18 was played with individual scores harvested by the Scorekeeper and his minions.  Paired up were the highest and lowest of that round and the paired groups went out to play a best disc format on the Championship 10 Hole course.

Lunch was a Potluck with BA and the Lake Stevens boys bringing a fantastic pulled pork cauldron.  There was Potato Jalapena  and Posole Soups along with so much munchie goodies that were all superb!  We had lunch prior to the 2nd round and of course munchies and libations as we all passed by the clubhouse on multiple occasions.

This group is especially easy to clean UP after.  I found one cigarette butt on the floor next to the garbage can (I will assume it was enroute and just didn't make it.)  So far only one wool glove with no fingers was found on the course, but it is just too muddy out there to look around.  We did have the worst mud of the Griffin Hill course EVER.

Special thanks need to go to:

Acehole took on the initial ignition of the burn due to his nature of liking the burn.  He put out an amazing effort but struggled to keep the fire alive using paper, cardboard boxes and diesel.  He kept running out of our group to go back and feed the fire with the leaf blower and that may have contributed to his score as he just missed getting the 'Take UP Another Sport' award.


After the first round 'Q' and 'Sunshine' took UP the task and were able to get the fire to the point where the Count could tractor roll the limbs on top of a nice heart of coal, a use of firewood to get a core heat going.  The pile was consumed by 3/4ths by the end of the day.  No mean feat.

A note about the flowers:
The few flowers that had shown were a few brave primroses and a very few crocus.  There were buds on the salmonberry but very little evidence of more spring than that.  It has been a VERY wet and cold March. We are hoping for some sun to dry things out.

Straight Shooter Award
For the Disc Shooter who hits the most Aces or Birds.
A sawed off .22 cal rifle
History: Awarded to Tim ‘Ace Hole’ Settara for getting 10 birds on the 18.
2010 spring awarded to Count Enrico Ferrari for getting an ACE* on hole two on the 18 from the backside.
Someone has it now the records are blurred…???
GHEDI Spring 2012:  A very fine slingshot awarded to
BA for a real ACE and an *Ace in the 18!

UP in Smoke Award
Awarded to the player who consumed the most breathing material during the tournament.Awarded by popular acclaim
2010 spring:  Acehole for exhaling just prior to throw on 2 for the 18.
2011 Spring GHEDI:  Hawkeye after many attempts to capture it finally emerges breathing properly.
GHEDI Spring 2012:  Awarded to Tim “Acehole” Settara
So messed UP he left his stash on the course!

GHEDI Spring 2012:  Shaun “Shaundog” Lewis with a new HUGE inflated trophy as his was the only name nominated for the award. Hole 3

Awarded to Bling Ling and Devil Mon Dore for finishing .  There was a fight over who was taking it home!  It ended up at Alpenglow. 2010 Spring:
2010 Spring: Ling Cod and Astro, Ling craftily got it to go home with Astro.

Awarded to the person who had to come the furthest to attend.
May they get good use from this chart and navigate more easily.
History:  New for spring of 2010
2010 Spring:  Astroman from ghettos near

GHEDI Spring 2012:  Awarded to the person that got UP the earliest to attend.  John “Jalapeno” Guckeen got up at 2PM the previous day, went to work and the got off and came discing!

Most Regular Award
For a finish in the middle of the pack.
A roll of Costco’s finest wipe.
History:  HiHAwarded to John ‘Rear Admiral’ Papajani who deserves this award for middle of the road play.
GHEDI
Awarded to Astroman Carbon after a playoff with Goony.
2010 Spring:  Candy Mon in the middle.  “It will last 6 sessions”.
GHIDN 2011:  Count Ferrari  “My favorite award”

Won by the stylizing Sara ‘Legs’ Papajani who was sporting a pair of colorful rubber boots beneath her short short pants.
2010 Spring:  Polisher for wearing shades the entire day with his camo pants and tee shirt.

Take Up Another Disc Sport
Awarded to the player who has the worst score drop from the previous GHEDI tournament.
Awarded September, 2009Count Enrico Alfredo Ferrari (-8 to a -4)
2010 Spring:  Rear Admiral takes home the prize with a 6 stroke drop!  BADmitten anyone?

HOT SHIT AWARD
Created by Joy Sloan
For the player whose score improved the most from tourney to tourney
Awarded to Patrick ‘Polisher’ Gonzales for taking off 12 strokes!
2010 Spring:  Pi Mencher for taking off 2 strokes?

GHEDI Spring 2012:  Tied this time between Stranger and Sunshine Sloans who each shaved off 3 strokes!

Returning
Created by Don ‘Jerry Garcia’ Anderson for the 2012 Spring GHEDI
To be awarded to the person getting the 2nd worst score on the 18 to keep them coming back.
GHEDI Spring 2012:  Awarded to Eric ‘Old School’ Draluck who scored a +3 to not come in last.  He is sworn to return.

Hot Chick Award
Awarded to the lady with the best round on the 18.
From inception to Spring 2012 this has been owned by
Joyful ‘Stranger’Sloan
GHEDI Spring 2012:  Guess who… Joy ‘Stranger’ Sloan!
Come on girls, she is easy to take… She took it with a -1.

Forget Me NOT Award
Intialized for the 2011 GHIDN for our favorite course litterer.
1st Winner:  Doug “Devil Mon” Dore
GHEDI Spring 2012:  Trophy forgotten at home by our own Scorekeeper (what did we expect).  Awarded to Devil Mon once again. 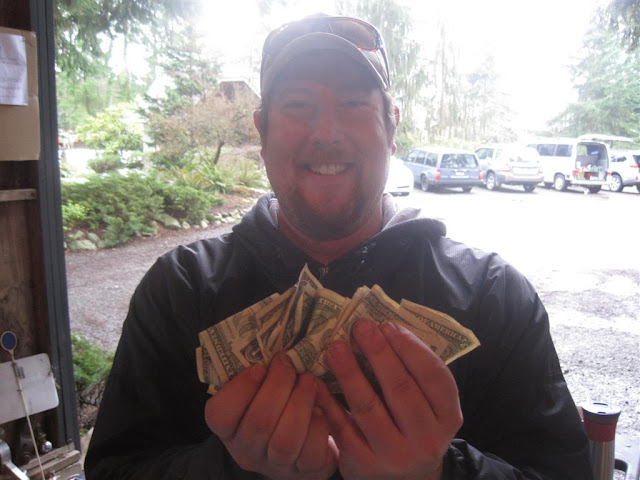